The second speaker in the “An Adventure From Manufacturing Industry to IoT” forum was Water Huang from Sonic Precision Co., Ltd. Unlike Li-Ming Huang’s team Qblinks, Sonic deals with non-software services like semiconductors, automation and management consultation. Regarding the future of the traditional manufacturing industry, he started from the much talked about topic of the “red supply chain.”

Either own the market, or be extreme

After acquiring the ability to produce raw materials and electronic components for themselves, China’s enterprises started replacing upstream foreign enterprises, thus forming the so-called “red supply chain.” Many people see this as a threat to Taiwan’s manufacturers, but Water has found an answer, and that is integration. He took Giant and Merida, two of Taiwan’s biggest bicycle manufacturers, as an example, and explained how they integrate each other’s supply chains without stocking up and wasting anything while maintaining their share of the market even better. “This is a great way for traditional industries to extend their life expectancy, integrating resources to own the market and then go global, as the domestic demand isn’t really that big.”

Another way would be to simply make a product with extreme distinctiveness. For example, the recent heated topic of iPhone 6S chipgate, the 16nm chip made by TSMC manages to consume less battery and produce less heat, than the 14nm Samsung chip, which is usually not the case as smaller chips are expected to perform better. This kind of quality makes TSMC the supplier with the most bargaining power to Apple.

The next phase is all about obtaining the right of discourse

Besides the red supply chain, the idea of “Industry 4.0” is also brought up quite frequently alongside the Internet of Things. To put it simply, it means to turn an operator into a decision maker and a manager. Nobody is losing his job, they just need to work harder on collecting consumer data and analysis, while improving their products and services through big data and cloud computing. Taiwan has done well in the 3.0 era and became prominent for its OEMs. As for how we should prepare ourselves for 4.0, despite the lack of IOT technology, is still uncertain. However, Water believes that talents of psychology, statistics and philosophy will be in great demand in the future, and they should devote themselves to home appliances and medical equipment with high customizability that are produced in a small scale.

He then analyzed the positions of several countries on the IOT. America has the SMLC and their strategy of “Industrial Internet of Things,” that focuses on the connection between virtual network and physical products, but they are not productive. A highly productive Germany however, is facing the entire EU market, and contested by the threshold of IOT as well. And what about our neighbor across the straits and their “Made in China 2025” campaign? Water said that despite their absolute advantage of a massive market, they are not yet developed enough for 3.0 and are still relying on Samsung and Taiwan’s companies.

“Whoever takes the lead in Intelligent Manufacturing and the right of discourse sets the rules.”

If we divide the IOT into devices (data collection), languages (different forms of data), cloud computing (data calculation) and intelligence analysis (starting new services), which one suits Taiwan best? Water thinks that big data is for big companies with resources, Taiwan’s teams should start by joining all the consortia they can find. It might seem like a bad choice but you get to know the industry first hand, and can thus be able to follow the next trend a little earlier.

Water has something else in mind. He thinks that applications are just as important as hardware. An American startup designed a calculating system for natural gas, making the natural gas providers pay for the customers, and in return, they get data. Sonic is doing something similar, augmenting hardware for software, which is related to all four levels, but belongs to none.

“There should be a stop-loss point for a startup.”

During the speech, someone in the audience asked the serial entrepreneur why he kept going after each failure, Water said it was probably a personality thing. Back when he was working for other big companies, he knew he would start his own business. In those three failures he learned a lot from various teams and industries. “How about your debts?” A student asked in a trembling voice. Water smiled, and said, “Everything requires a plan, school, finance, and entrepreneurship too. I have set a stop-loss point for myself, can’t let my dream slow down my chances to live and my family. When it’s over it’s over, one day my time will come.” 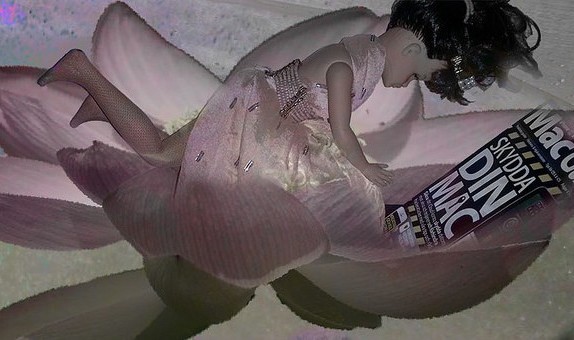