When asked about places to visit in one’s home town, many people feel helpless. It becomes a common issue in Taiwan, an island without many tourist attractions. However, besides laughing about the city lacking characteristics, have you ever tried to meet local “people” and stories?

“Making: society and education” forum took place in an old house on Beimen Street around Hsinchu’s famous Cheng Huang Temple. From the outside of the house, we see an old-fashioned Japanese style shōji (Sliding doors) with some plastic chairs outside. This was the home of Kendama, a workshop founded by alumini of National Tsing Hua University, dedicated to make Hsinchu City seen by tourists. Some of the Kendama members were “non-native” in Hsinchu. However, they decided to stay because of their love for this city.

“It’s difficult to explain what Kendama is doing in just a few words.” said Tsung-Te Lin, co-founder of Kendama. 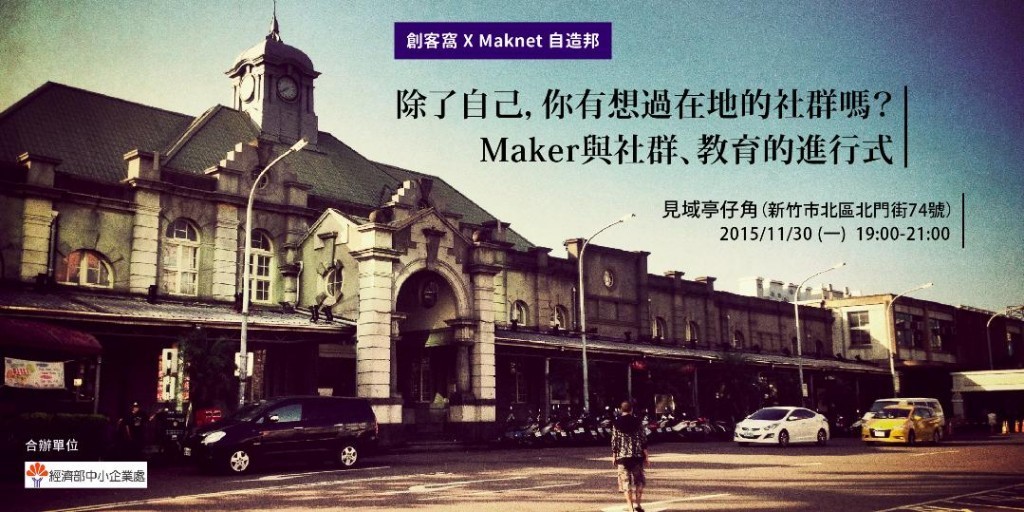 “People say that Hsinchu is a boring city. But we don’t buy it.”

“If you go search ‘Hsinchu’ and ‘places to go’ on PTT (the most  popular BBS in Taiwan), the most common answer should be ‘nowhere’. People would tell you to hop on a bus heading for Taipei. You would also be advised to turn on your computer and start an adventure somewhere in the virtual world.”

“Hsinchu is the wealthiest city with the highest birth rate in Taiwan. However, we lack city identity and emotion for the city here. Many residents are ‘non-native’. More than 120 thousand employees work in the Hsinchu Science Park. In addition,  many ‘foreign’ students study in 6 universities here. More than 1/5 of the population in Hsinchu is not born and raised here. People come for their study and work. Usually, they earn good salary and are willing to have children. But this is just one stage of their lives. They will finally go back ‘home’ after retirement and so on.”

“There are stories about Hsinchu to be told. And the audience are ready to listen. What lacks here is curators, which is what Kendama is aiming to do.” said Tsung-Te. “Hsinchu was the first city built in northern Taiwan, named Tamsui back then. It has played an important role in Taiwanese industrial development. They used to produce natural gas in the first half of the 20th century.  There was also an attempt to dig out petroleum. Later, the famous Science-Based Industrial Park came.” 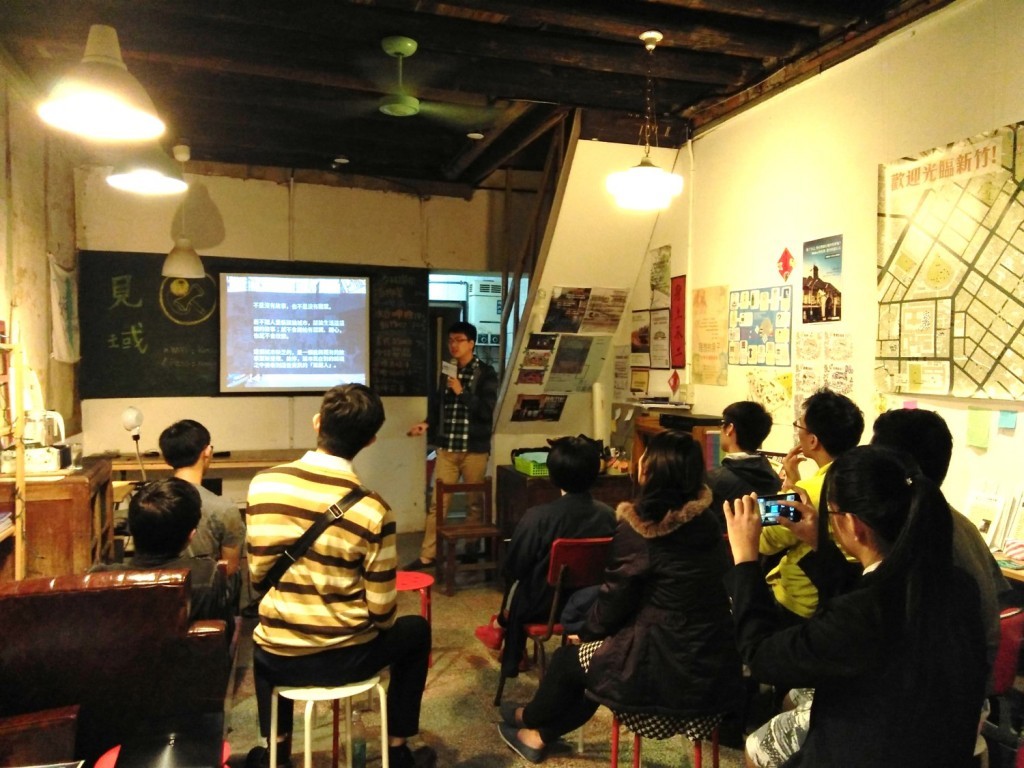 2. Magazine: Discovering stories in Hsinchu and telling them to the readers.

3. Event: By collaborating with government officials and private organizations, Kendama works hard to tell their stories in different ways, trying to make this city revive.

“We named our magazine Gong Wan Soup, which is one of the most famous gourmet treat here in Hsinchu. It can be seen everywhere here but people may not know the stories behind. This is what we are trying to do. We try to get connected with local communities and tell stories about them. It’s about life, about travel, about issues to be discussed. It can be everything but Gong Wan Soup catalog.”

“We tried to tell stories from different perspectives in each issue of Gong Wan Soup, hoping that the readers can get a better understanding of thing happened here. For example, in the first issue, we talked about cafés around Megacity (a department store). Later in the second issue, we brought our readers on a trip about old buildings in the city, mostly built on red bricks. We told stories about food and stores. One example was an interview of Shu-Yu Lin, directer of Movie <Winds of September>. He had his on way of depicting Hsinchu, his hometown.”

Rebuilding an old building for more stories to take place

“It is important to have a physical space.” said Tsung-Te. “Part of the reason is because we want to actually live here.”

Thus, Kendama was born. The group was subsidized by the government to rebuild this old building. A friend who studied architecture took this work as his graduation project. Another friend asked to do a drama in this space. “When we decided to do this project, people just came to fill this space with their stories. Later on, Mini Maker Faire Hsinchu came to collaborate with us. We had interesting discussion about problems with participants about things happening in the City.”

Finding more stories to be told during telling them

Since April 2015, Kendama has done so many things. However, Tsung-Te said modestly that they are still figuring out how to get things done.

At the end of the lecture, we finally got to see Kendama when all the audience left. There was a large map of Hsinchu. They used thumbtacks with different colors to mark places that people want to visit (blue), like (green) and dislike (red). Employees as well as visitors put whatever they want onto the map. I smiled after seeing this piece of artwork. Next time when you come to Kendama in Hsinchu, leave some thumbtacks. Take part in this story that is still being written.