How to Avoid Pissing off Your UI Designers

The InstALL ( Mobile Industry Gathering ) invited numerous designers, engineers and PMs to speak to them on “How to Avoid Pissing off Your UI Designers,” helping them communicate with each other for better productivity.

Find the Keywords for Everybody and Use Them Well

Kicking off the speech was Mr. Monster Li, former front-end engineer of FIH Mobile Limited. He used to ask PMs around him how they communicated with their designers, and many came up with the assumption that, in the end, the designers would still have to do what they were told, though not very willingly. Unlike engineering, there is no right or wrong in design, only happy or not happy. The real question is how do you make your designers happy?

Monster has been in UI design for more than ten years, and switched to engineering two years ago, so he understands what both sides are thinking. He said that communication is the most important of all. This time he chose to speak for designers on the topic of “Being shared by the users,” and listed three keys in communications:

Avoid Sensitive Words for Your Design

Never say things like “I find red passionate,” “this feels right” to explain your design, because not everybody agrees with your opinion. Monster believes that designers should use specific descriptions for their ideas or UIs, so clients and PMs can agree with you.

You need to understand that every position does different things and thus thinks differently as well. Clients and employers care about efficiency, cost, profit and respect. You can show them a little respect by neglecting the ridiculous decisions they sometimes make; while sales and coordinators prefer schedule, effectiveness, the users, data, and whether or not you are able to mention a lot of numbers, and explain your design from the users’ perspective.

“Engineers care about consistency, they are in love with anything modular, public or in a package.” As an engineer himself, Monster said, “If you designed ten UIs that all look different, they would go crazy.” Feasibility is important too. When Monster was a designer, he always tried to understand the program, so he wouldn’t design something that couldn’t even be made. This was also to help him negotiate better with his engineers, instead of believing their excuses blindly.

Monster took his personal experience as an example. When he first noticed Google Cardboard, the virtual reality glasses made of, you guessed it, cardboard, he tried it on and loved it, and decided to recomend it to his friends. He then analyzed everybody’s background, found out what they need, and used different keywords to promote the product successfully.

– To gamers, tell them that Xbox is doing virtual reality too, yet you can experience it on Google Cardboard for a much lower price. Keyword: Xbox, success!
– To engineers, “It’s from Google. It’s the future.” Keyword: Google, success!
– To designers, “You can develope content for the device with just a web tool.” Mention their area of expertise, success!
– To people with families, “My parents and nephew all think it’s cool.” Mention family, success!
– To overly rational geeks, Monster said it was really difficult at first, but then he found a way. “You can watch porn on this thing and it feels real!” Success!

It ended up pretty well, with 100 units sold. “I was only sharing, did not get any commission.” He added.

“To put it another way, clients want your profession, they need you to tell them what design really is. They pay you to comment on their thoughts, watch their progress, or even guide them when they’re lost.” Wu said that designers should welcome their clients’ indecisiveness, so they can charge for overtime, and learn to tell stories to clients, let them know your development process, and your limits in time and capability.

Wu concluded that design is never a battle between the client and the designer, it’s more like teamwork. Having worked on many cases for big companies, Wu said the impact of a design doesn’t come from the designer alone. “For example, your design improved the login page of a website, and brought 100,000 extra views. It sounds like a big deal but no, the website already has the traffic of 10 million views, which your 100,000 views are based on.”

Enterprises have a lot of resources and distinct professions, so they think differently, and do marketing differently from other people. A designer’s job is to digest and transfer the information for better communication. “Social enterprise is not the only thing that can make a difference to the society.” Wu said, “anyone with determination can make a difference.”

Prepare Stories for Your Clients, Don’t Leave Your Resume Blank

The two speakers shared various techniques in communication and their attitudes towards collaborations. They said that, in the end, it’s all about finishing the product with both the designers and the clients satisfied, and without compromise on either side. Like what Monster said, he does not do everything his clients tell him to, instead he reimagines the idea. This doesn’t mean he’s trying to disagree with the clients. He proposes new options that match the original idea, showing a positive attitude of “look, I got these great new ideas for you, it would be such a pity if you don’t want them.” This creates room for further discussion and more new ideas.

They reminded everybody not to give up easily, and must interact and exchange ideas with appropriate methods, so you wouldn’t be sorry for the final product and feel ashamed to be credited, leaving your resume blank.

“Even if you are Aaron Nieh, you need to prepare your stories and attitude, in order to communicate.” 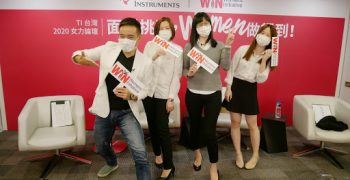