After the recruitment charade at HTC headquarters, iCHEF explains the desperation move Part I

Is it a thirst for talents or an insult to injury, to steal laid off employees from HTC? The CMO of iChef, Mr. Cheng Kaiyo, made it very clear, “They were impulsive, but the need for talents is very much real. As an observer, I didn’t know what to comment on this at first, and some critics were calling it a straight out charade because they think iChef can’t even afford to hire HTC’s engineers.” CTO of iChef, Spencer Ho, believes that restaurant technology has even a brighter future than smartphone manufacturers, and now is the best time for engineers to make that job switch. They are also collaborating with startup schools ALPHA Camp and Bounty Hunter to organize a tournament called iOS challenge, to attract even more talents. PunNode has interviewed CTO Spencer Ho, to understand what iCHEF looks for in talents, and what they want these talents to do for them.

Taiwan’s Software Industry is Not a People Industry

You might have noticed this popular hashtag #ILookLikeAnEngineer going on Twitter a while ago. A good looking female engineer was criticized online by typical misogynists who don’t even know her. These people thought that she looked “fake” in an advertisement she did for her company, and that someone like her “couldn’t be” an engineer. This led to tens of thousands of tweets debating over the diversity of engineers’ appearances. Taiwan’s engineers have always been regarded as of higher value in the world, due to their outstanding abilities. IChef explained to us the importance of talents through teamwork, as though these engineers are in a video game.

Back when Spencer Ho was studying in America in 2010, he had the dream of starting his own restaurant business, in a food truck, with delivery service, but couldn’t follow through due to the lack of financial resources and employees. The good news is, he learned how important teamwork is in a startup company. Spencer later joined Focus Project, a US Military-funded organization, to help create electronic health record system for veterans with post-traumatic stress disorder. It was his first time seeing his own program being used by end users. “A simple line of code could save lives, while in Taiwan, coding is not so much about helping people. Programs are developed mostly for products and profit.” The young CTO hence decided to make a difference for Taiwan’s engineers and the entire work environment, and thought it was the right time to go home.

Until one day, while Spencer was playing video game, his partner Ben called him up and explained to him the idea of restaurant technology. Ben also wanted Spencer to go back to Taiwan and become his partner and CTO. Spencer said he was open to all possibilities, meaning if there is a chance he will not let it go. “Not everybody has the chance to start his own business. To take risk is to push yourself to make changes that can help people,” and technology can do just that.

Three attributes of Restaurant Technology, the Platform to Create Talents

Exactly how does iCHEF stand out among the countless tech teams in Taiwan? “Restaurant tech doesn’t seem like a big thing right now, does it?” We couldn’t help but asked Spencer in person. He admitted that restaurant tech is not “sexy” enough to capture people’s attention right away, hence not too many people were thinking of joining them. That is why they need to be extra creative in recruitment.

Spencer believes that iCHEF excels in its business model, “In the process of starting a business, it’s all about finding the right business model for your platform to achieve value, not about having state of the art technology.” He then pointed out that in order to make the right moves, each co-founder must have his own specialty. Ben is in charge of sales; Ken does marketing; and Spencer does product development. The iCHEF team also likes to think of themselves as video game characters. They believe a salesman is like a warrior, who charges to the front line to expand territory, but loses health after meeting with a client; while the marketing person now works as a priest, who heals the warrior by coming up with new proposals, so the warrior can charge again; the engineer in the tower/lab is now a magician, who researches new products or services with his magic, to provide the warrior with better weapons and armors for future battles.

( Click HERE to read the rest of this article) 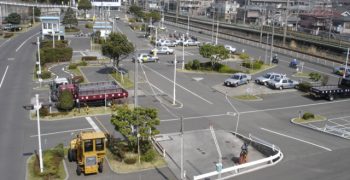